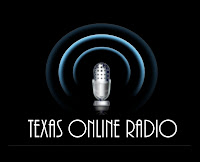 In the five or so years I've had Texas Online Radio on and offline, it's always a pleasure to open the email in the morning and see what's there.

Today, when I opened email, there was one with a subject line; "ModernWest" is now following you on Twitter... Hmmm? I thought that sounded familiar.  I switched over to the Twitter account, and sure enough, it was "Kevin Costner and Modern West".

I'd seen several of the videos, and heard their songs, but had never really looked into the background of Costner's music pursuits.

I was used to seeing him on the big and small screens... in movies like "Open Range" with Robert Duvall... "Tin Cup" with Renee Russo and Cheech Marin (one of my favs).. or another of my favorites, "Rumor Has It..." with Jennifer Anniston and Shirley MacLaine where he played Beau Burroughs.  To this day a character that uttered one of my favorite lines; "Life has to be a little nuts sometimes, otherwise... it's just a bunch of Thursdays strung together."

Currently Costner has two movies in production for 2011; "Learning Italian" and "A Little War of Our Own" slated for later in the year.  Most of you heard of his work during the BP Oilspill last year off the Gulf Coast.  For the last fifteen years, he's been backing scientists to help develop a technology that will increase the effectiveness of large oil spill cleanup.  He's quite the busy guy, but we're here today to see what he and the band are up to on the musical front...

The new release, "Turn It On" is out and available in the Modern West Store now, along with their other release "Untold Truths".  Clicking on this link will take you to the store for CD's and concert gear...

I hear and review a lot of music, you won't be disappointed with this release from superstar Costner and the guys!  I suggest you grab a copy, and check the tour schedule and see if they'll be visiting a venue near you!  Be sure and contact your local terrestrial stations and request on your favorite internet radio as well.

Thanks for the visit... ~Jeff/TOR


Enjoy the video below!  Visit the Kevin Costner and Modern West YouTube channel for more video.


....from the Kevin Costner and Modern West website.
MODERN WEST GOT ITS START when my wife (Christine) encouraged me to reconnect musically with John Coinman.
I wasn’t really sure after all these years how it might work. I wasn’t really sure what to say. But if life has taught me anything it was not be stopped by the question or the unknown. “F… it, what do I have to lose but maybe some of the best times of my life?” 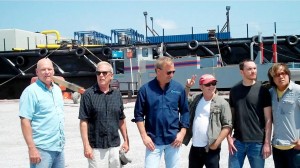 I made the call to Tucson. “John what do you think?” He never hesitated, willing to explore the idea. But it was always more than just an idea for me. It was a feeling that I had been unable to articulate. For a long time now I have felt the need to connect with people in a more meaningful way than just the autograph. I have found myself here and around the world in different situations where the only exchange has been just that…a quick signature on the run usually followed by a “gee, he’s taller than I thought.” ...read more here.

Official music video for the title track off Kevin Costner & Modern West's album "Turn it on"
Directed by Mark Gillard. More at www.kevincostnermodernwest.com .

Kevin's comments on the band....
Teddy Morgan out of Nashville ~ lead guitarist and producer / Larry Cobb from Tucson keeps the beat.
Park Chisolm on vocals and guitar covers all my mistakes and hails from Nashville.
Bobby Yang, from Atlanta, and Luke Bulla, from Nashville, burn fiddle for us when they aren’t killing it with their own bands.
-----------------------
Keep up the great work guys!  Thanks for the follow on Twitter.
A new fan in Texas!
Jeff
Posted by Admin at 7:46 PM