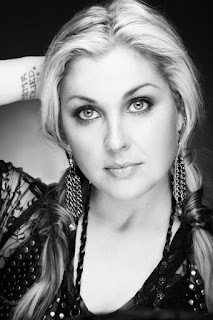 Between having three dogs named Dolly, Nash & Merle and an East Texas accent so pronounced you could pick her out in a crowded honky-tonk from across the room, Sunny Sweeney is so country she probably snores Loretta Lynn melodies in her sleep. That much was clear long, long before she ever got around to recording her debut album, Heartbreaker’s Hall of Fame, now set for national release via Big Machine Records. So what the hell she was thinking when she skipped off to New York City shortly after graduation to pursue a career in theater or comedy instead of conquering the dancehall and opry circuit back home is anyone’s guess. Maybe she was just testing herself - making absolutely sure she was born to be a country singer, not just another pretty young improv-comedian from Longview, Texas, lighting up the Great White Way.

Or, you know, maybe a waitress, nanny, dog walker or cubicle drone. Frankly, there was a spell there in her early 20s when she seemed hell-bent on collecting as many different W-2s as she could, instead of pursuing her destiny. And she actually did OK at the comedy thing - after leaving the Big Apple and returning to Texas to hook up with a comedy troupe in Austin.  ...read more here.