I'm often accused of doing some "off the wall" things here at Texas Online Radio, and this is no different. 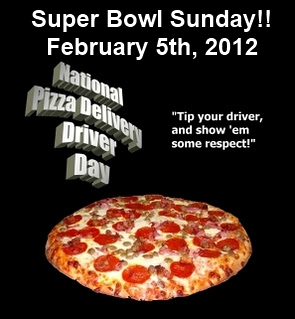 Last night, I happened to be in a local fast food restaurant, not naming names, and struck up a conversation with a guy on a break from delivering pizzas.  Let's just say he wasn't making dinner the product he delivers.

We'll call him "John"...  John is in his mid-30's, married and has a wife and two little girls he told me.  I started the conversation off with something like, "How's the pizza business?"  Little did I know this guy wanted to fill me in.  In detail.

He said he'd never thought he'd be supporting his family at 35 driving around town with a pizza ad on the top of his 2005 Altima delivering pizzas.  After graduating UT with a masters in business, working many years with a major company in Austin, then getting laid off over a year ago, "This is what my life is now?" he asks.

He told me of the high gas prices, low pay offered by the restaurant, and getting stiffed on tips by ungrateful, sometimes hateful customers.  "...but they're not all like that." he added.  "Most are really friendly, and I've developed a great relationship some of my regulars."  You'd be surprised at the number of people who order at least three to four nights a week.  It's cheap, fast and priced reasonable.  A lot of parents are working several jobs and just don't have the time to cook real dinners any more.  That's where I come in...he added.

"It's sometimes tough and to many it may be degrading, but it's a job and I'm glad to have it." he said.

With that, he grabbed his "to go" order and was out the door. "Nice talking with you." he said. 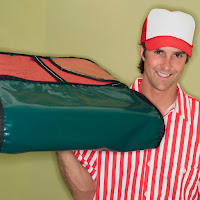 So, to all the pizza delivery guys/gals out there... I give you YOUR day!!
"By the powers vested in me as a consumer of delivered pizzas, and those of us out there that are thankful for what you do and no other reason.  We hereby declare, copyright and announce:


"I DECLARE FEBRUARY 5TH, 2012 AS
NATIONAL PIZZA DELIVERY DRIVER DAY"
Think about it.... these guys/gals fight wind, rain, sleet and snow.  Just like the US Postal Service, and get paid less and deliver something we ACTUALLY want.  Tip your driver and show 'em some respect.