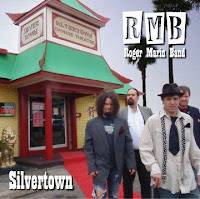 Roger Marin Press Release
Canadian Songwriter
Tel: 905-246-2111  ~  publicity@rogermarin.com
www.rogermarin.com
Follow us on Twitter @rogermarinband
Find us on Facebook: Roger Marin
Prepared by: Shauna Tuyp, Publicist
FOR IMMEDIATE RELEASE
Southern United States Tour commencing August 1, 2011
Following a youth of accompanying his roaming country musician father, and years of touring the worl non-stop with Canadian altcountry luminaries Fred Eaglesmith and Willie P Bennett, and working with acts such as Willie Nelson, Junior Brown, Del McCoury, Hayes Carll, Adam Carroll and Delbert McClinton, Roger Marin now delivers his own distinctive voice and an honest, razor sharp sound that cuts through the manufactured pretense of commercial music.
Currently on the road to promote his new amazing album Silvertown, the
highly anticipated follow up to High Roads 2007.
Press from the Road:
Long before Americana became part of my musical lexicon, I liked Springsteen and John Mellencamp a lot and thought of Bruce as the urban and John as the country side of that coin. The title track of this CD – Silvertown, sounds like a cowrite by those two guys. Roger released this song online as a preview to the CD, and it really caught my attention. I would have (and did) buy the album on the strength of this song alone. Thankfully the rest are really good too.
George Douglas, Broken Jukebox
The young man is a modern day traveling minstrel. He is the epitome of roots music because he gets to the soul of the matter: a song that everyone relates to because he's tapping into the human condition. He charms his audience by singing about Texas moons, road trips....
gilliangates.com
For more press go to http://www.rogermarin.com/presskit.html
~~~~~~~~~~~~~~~~~~~~~~~~~~~~~~~~~~~~~~~~~~~~~~~~~~~~~~ 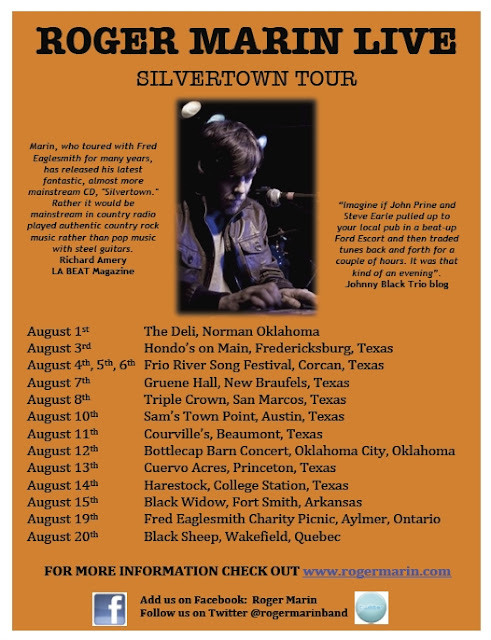