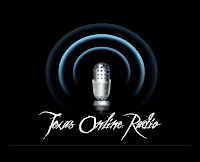 (Texas Online Radio-9/22/2011) Breaking News!!
Texas Online Radio (TOR) has just completed their application for a green energy grant in the footsteps of the tremendous success of the Solyndra Company that received nearly half a billion taxpayer dollars.

In an interview today, CRG (Chief Research Guy) Bob Davison said, "We've come a long way in our research here at TOR, we've come up with a process that will revolutionize the water heating industry."  He went on to say, "I can't get into the details right now, but we're in the process of using the "expediting" system of approving patents announced by the administration only days ago."  A footnote, in order to create millions of new jobs, the Obama administration has announced a system that will expedite the approval of patents instead of the lengthy delays caused by the Bush Administration in years past.

Davison added, "Our process is so simple, I'm surprised that someone has not patented this before.  It's left the door open to us to make millions of dollars with our product.  It will make life easier for millions, and we're convinced that foreign countries such as China and Japan cannot copy our invention.  We're not talking about a half billion like Solyndra got... we only need half that amount for R&D, and we should have the product on the market and in the hands of consumers shortly.  I'd like to go on, but I've got an extremely high level board meeting to get to."  ...and he ran off. 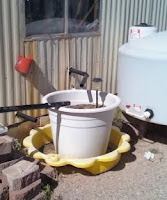 At the printing of this story, the secret TOR process has been leaked to the infamous Wiki-Leaks site and is now in the public domain.  It's learned that the process is done as follows:  1. Get a large copper/metal/plastic pot.  2. Fill it with water.  3.  Set it out in the sun.  4.  Enjoy hot water in a couple of hours.  The only problem found with the process is what to do on cloudy days... Upon contacting TOR for comment; they were really pissed that the secret was out.  Davison stated, "As Obama said about earning "enough" money... we feel that when you've used up your pail of hot water, that's enough."  ..and he ran away once again.

It's been learned that TOR got their grant, with the "juice" going back to the Obama campaign fund... they received enough for a nice dinner out for half the staff.