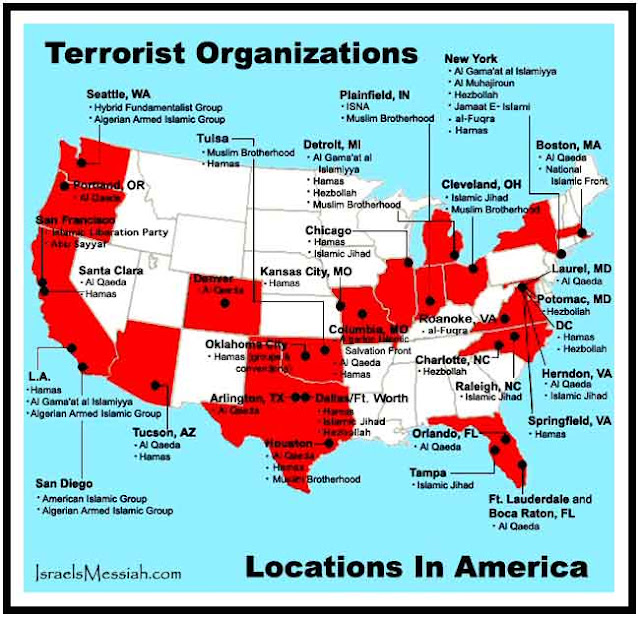 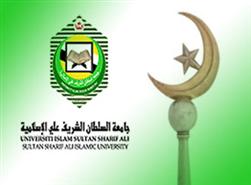 As we move closer to the anniversary of 9/11, I thought I'd look into the idea of Radical Islam in the State of Texas.  I've found many removed articles and links to be dead ends or the stories lost in the "Error-cannot find that page" black hole.  However I did find the following blog posting and local commentary  by Tom Lehner about the establishment of a Radical Muslim University ‘UNISSA’ in Amarillo, TX.
I've posted the majority of the article, but there are links at the end that will send you to his blog so that you can read it again in it's entirety, and the comments posted by local citizens, opponents and proponents alike... It's up to you to form your own opinion.
Thanks, Jeff / TOR
~~~~~~~~~~~~~~~~~~~~~~~~~~~~~~~~~~~~~~~~~~~~~~~~~~~
Radical Muslim University "UNISSA" established in Amarillo, Texas
By Tom Lehner
When I think of our politicians I think of Judas who sold Jesus Christ for 30 pieces of Silver to his tormentors and executioner; or an old Clint Eastwood movie called “For a fistful of Dollars”, where a man sells his soul for everybody who pays well. 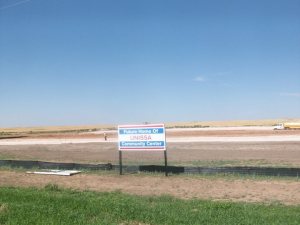 Our politicians sold our beloved West Texas to our enemies – guess what – for a fistful of Dollars.
Amarillo, Panhandle, Texas – wide open spaces, subject to many amazing Country songs, images for hundreds of amazing movies such as John Wayne’s “Red River”; historical Ranches who have been in family ownership over generations. This is where the world-famous “Chisholm Trail” happened and where the world famous “Route 66” goes through bringing thousands of tourists to the area.
People are nice, conservative, friendly, and down to earth. We go to church and we believe in God and Country.
The only downside to this rural area is that many young people move away for the lack of jobs or they want a career other than ranching that they can only find in the big city.  All that seems to be over now.
It takes special people who want to live there and share this amazing community. So, why would emigrants with no ties to Christian conservative farm and ranch backgrounds want to move into this area?
Immigrants usually look for big cities with big communities, preferably near people of the same heritage where they can establish their life and prosper.
Unbelievable but true, Muslims have now invaded the last stronghold of a Texas Christian Conservative area – Amarillo West Texas, Panhandle.
On Loop 7300 S. 335 the “Universiti Islam Sultan Sharif Ali” known as UNISSA establishes another radical Islam indoctrination center covered as “Community center”.
Community center – What community?
One who thinks Muslims, as soon as they are established, assimilate and adjust to our society is a fool.
From experience it always works the same system.
1)    Well educated Muslims in good suits, mostly flanked by modern progressive woman, show up and hold sententiousness speeches of how peaceful Islam is and how much they look forward to assimilating, and they will of course not try to change anything and welcome the opportunity to be part of society.
2)    As soon as they are established, receive tax contributions, and “Con” everybody they start lawsuits on discrimination grounds in order to change the entire neighborhood society to their advantage.
Not true; Nothing but Polemic?
Katy, Texas 2011
Katy Texas is a beautiful little community on Interstate 10, near Houston, Texas with God fearing people trying to make a living. There is also a pig farm, family owned for generations and established for over a hundred years.
And though there are over 60 Mosques in the greater Houston Area, therefore within easy reach of Muslims in Katy, a self-declared Muslim “Community Center” moved into the neighborhood of the pig farmer.
Muslims do not like pigs for religious reasons so you would think that when founding a community center one would take a closer look at the neighborhood and choose an area where nothing is in conflict with one’s religious beliefs.
Well think twice.
Those Muslims bought their property on purpose right next to a pig farm and demanded that the pig farmer move away because the smell of the pigs was bothering the Muslims.
The pig farmer, Craig Baker, did the right thing and started a protest in form of an annual “Pig Race” which has become a communal highlight.
But as funny as that sounds, if you watch the video “Camel for two and the Islamic association” claims that all they want is an integrated Community.
But why in God’s name directly next to a pig farm if not to provoke and push their radical Muslim will on everybody else.
Back to Amarillo, Texas
I already asked why a Muslim community would want to move into the middle of nowhere, in cattle breeding and farm land with no amenities of the big city and no chance of big business.
This is a small puzzle piece of a bigger picture. Everybody who understands military tactics knows that two things are important to win a war:
1)    Infiltrators, known as “sleepers” who live well established in the center land
2)    Infrastructure in form of transport routs
Infiltration: Throughout the past years, especially since the Obama administration so openly supports them, Muslims have infiltrated our country and established their communities all over America. Tactically perfect always near major transport routes or surrounding big cities, but always well networked through the radical and terrorist tied CAIR.
Thanks to Obama’s open support they have become more socially aggressive on a daily basis. Since Obama has occupied the White House they have aggressively tried to change our society and install openly Sharia Law in our Law system, something they would not have dared in the pre-Obama era.
Infrastructure/Transport Routes: This answered the real question why UNISSA chose Amarillo Texas as a headquarters. 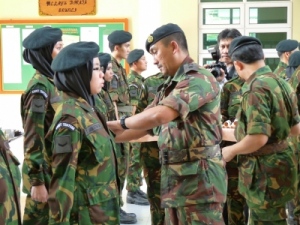 Checking their website, they also train a so called cadet corps in their University. And Amarillo is exactly in the center of the United States directly on Interstate 40 (former Route 66) which connects the East coast and the West coast of the United States, from L.A to New York, the perfect tactical transport position.
And the rural area where everybody owns a gun is a perfect place for militant militia training.
Sooner or later Muslims will show their real face and sooner or later, when they have enough of getting Sharia Law rejected in regular courts, and sooner or later more sooner than later when the infiltration is complete, Muslims will try to take over America and transform our great Republic into a Muslim Allah country.