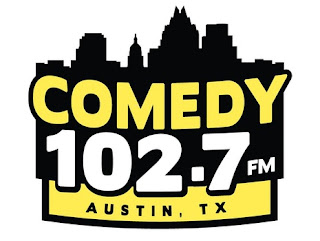 Austin is a town that loves to laugh. The city is home to a vibrant local comedy scene that supports numerous improv, stand-up, sketch and variety events every week, and now it even has something new to listen to in the car on your way to the open mic or stage show. Comedy 102.7 has launched in Austin, bringing 24/7 comedy to your FM radio dial. Since the station went live late last week, I’ve stayed tuned-in for a borderline-embarrassing amount of their airtime. What have I observed?

Listening to Comedy 102.7 over its first few days, the most immediately noteworthy thing about it is the sheer breadth of comedic styles and sensibilities on display. By all accounts there are thousands of bits and routines in active rotation, so many in fact that I have yet to hear the same comic tell the same joke twice. That means that in any given half hour, you’ll hear stand up spanning as many as five decades of humor, and performers ranging from all-time greats like Bill Cosby and George Carlin to some of the hottest names and breaking talents in modern comedy, such as Daniel Tosh and Anthony Jeselnik.  ....read more here.
~~~~~~~~~~~~~~~~~~~~~~~~~
Join 102.7  on Facebook  and  Twitter
~~~~~~~~~~~~~~~~~~~~~~~~~
When they get an online stream, I'll let you know.
This is gonna be great!  Best of luck guys/gals!
Posted by Jeff - 10.31.2011
Posted by Admin at 1:20 AM