Jesse and Noah Bellamy; from the Landfall CD - Waiting On An Echo - Podcast

What a great day for Bellamy family music here at TexasOnlineRadio.com!!
Just got through posting the latest single from
The Bellamy Brothers, "What a Country"
and now tossing up for your review, Jesse and Noah Bellamy's single "Waiting On An Echo" from their latest CD Landfall.
Enjoy!! 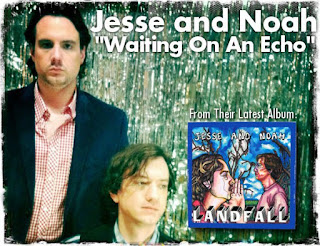 Other posting here on the site by Jesse and Noah Bellamy..  Buried in Blue Jeans