BREAKING NEWS!! Generic Candidate throws his hat in the ring for President! 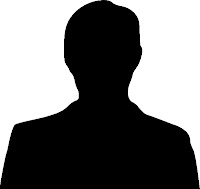 In an interview today at an undisclosed location, "Generic" as he's called himself, has decided to run for President of The United States.
"The time has come for people to set forth an effort to get this country back on track." Generic said.
"I set out in my speech moments ago that "I'm not perfect, the country is not perfect...but we're the best!  We've just got to get the best leaders in, let them focus on the real issues and do what the public sends them to Washington to do.  That means doing what's best for the United States and it's citizens.  I refuse to be considered the "Ugly American", he said with a determined grin.  He then set out to meet with those attending today's announcement.
We've learned here at TOR that there will be more detailed releases coming in the future, addressing issues that face America today.  You're welcome to leave your comments below, and please keep it clean.  Violations will be deleted, and your IP address posted for all to see.
Below is a copy of today's speech;

~~~~~~~~~~~~~~~~~~~~~~~~~~~~~~~~~~~~~~~~
My Fellow Americans...
"Yea, I believe in God. So...it's my belief. I believe in Family...it's all you have really. Yes, I believe in my Country...it's what my relatives fought and died for. I truly believe in the right to own a gun...it's for personal protection and hunting. I believe in what the founding Father's believed in...Life, Liberty and the pursuit of happiness. Yes, pursuit...not to be given, but earned. I believe in the Constitution of the United States...it's the document we were founded on.
Yes, I've had indiscretions in my lifetime...made mistakes and bad choices. I never hurt anyone but myself really. I did the best I could. You want to know all my "evil deeds"? Make a list...Ask...I'll tell you. Don't find me guilty in the court of public opinion before you've tried me and know all the facts. Don't go after my family, I'm the one applying for the job.
I'd do it for a dollar if I knew everyone would pull together to make this Country great again. We can have our diverse opinions and still have a common goal. That goal is a simple one, why make it hard. Be an American first.
It's Occam's Razor... "...a line of reasoning that says the simplest answer is often correct." 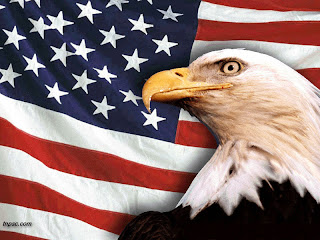 I think the thing we need to find is our National Identy. Who are we? Once we know that, we'll make a difference again. We're divided, and that's not good. People are on edge, insecure in their Country, no sense of belonging... a ship adrift without a rudder. No community, no home... many are losing the very roof over their heads. They go to work each day, wondering if they're next on the lay-off list. We're watching decisions being made to eat or pay the light bill, or put gas in the car...that's not America in my opinion. That's just existing.
We were not put here to simply exist. We were put here to live, create, build and leave a better life to our future generations than we had. That's America. It's still in US... covered for now, hiding, retreating into simple preservation for many. But it's still there, I know it. It's waiting for the right moment, the right spark, and it will once again show itself to the world.
We ARE the strongest nation in the world, we're the light! We're the reason most of the world has what it has... Tyranny defeated, hunger abated, plagues averted, and the sting of disasters taken away. All by the UNITED STATES OF AMERICA!!
The nation has not been perfect, but it's been the best the world has to offer. There were poor decisions, incorrect choices, many things that could have been done differently... but it's still the best. People make a choice to live in poverty or die in an effort to get here. We must be doing something right.
This Country CAN return to greatness and be the leader in the world once again. We WILL make it through these difficult times, and come out the other side a better Nation and better people. We need to address our issues here at home FIRST, it won't be until then that we can care for others.
With your help, I will make this happen... I'm not "perfect", but I've told you what I believe in and what I envision for this Country.
I'm The Generic Candidate, and I want to be your next President of the United States of America, I AM YOU! Find me!  Make a difference; Focus on what the REAL issues are.  Ignore the headlines.
Thank you."
~~~~~~~~~~~~~~~~~~~~~~~~~~~~~~~~
Political Posting paid for by "Generic Candidate" for President. ~2011
Posted by Admin at 2:25 PM