Laredo police on Tuesday and Wednesday rounded up five people they say carried out hits for the notorious Zetas drug cartel on this side of the Rio Grande. 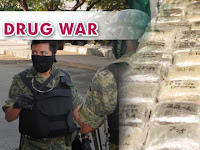 Ildefonso Ortiz and Jared Taylor
The Monitor
ESCOBARES — Gunmen crossed the Rio Grande into the United States near a shootout between where the Mexican military and a group of gunmen was taking place.

Several area SWAT teams responded about 1:30 p.m. Tuesday to a ranch near Escobares, just across the U.S.-Mexico border, where a shootout broke out south of the Rio Grande.
The shootout reportedly began shortly after noon but details were not immediately available. Residents on the U.S. side reported seeing members of the U.S. Border Patrol and Starr County Sheriff’s Office securing the area near the border.

Border Patrol spokeswoman Rosalinda Huey said agents had been tracking a suspected drug load near La Rosita and pushed it back to Mexico.

Border Patrol alerted Mexican authorities of the suspected load and then found an injured Mexican national on the U.S. side of the Rio Grande, Huey said. Emergency crews rushed the man to an area hospital. His condition remains unknown. 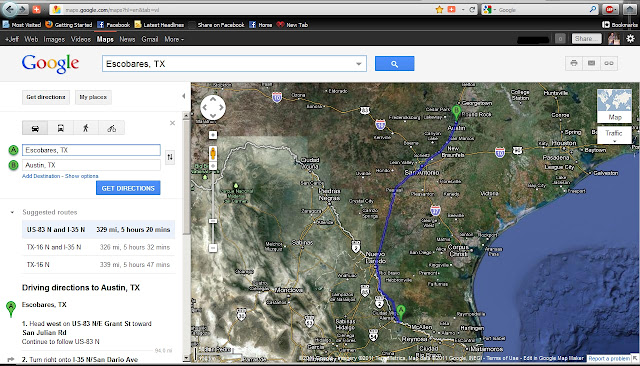 The man, a suspected cartel gunman, had been shot by Mexican authorities, a separate U.S. law enforcement official said.

The official confirmed a group of as many as 15 gunmen had crossed the Rio Grande, though it remained unclear whether they were Mexican soldiers or cartel gunmen.

“We don’t know who they are,” the official said. “We haven’t gotten that information yet.”
Local authorities in Hidalgo County provided backup support along the Rio Grande as Border Patrol dispatched additional agents from the McAllen area to the incident in rural Starr County.

The experience was a bit unnerving for Ricardo Guerra, whose brother owns La Prieta Ranch in La Rosita. Guerra was overseeing the ranch hands shortly after noon when they noticed that the roads near the property became quickly swarmed with authorities.

“Yeah, you worry when that happens,” Guerra said. “We all went back inside the house. It looks like there was something going on over there (Mexico); we heard four or five shots from the helicopter. It looks like the (Mexican military) helicopter was shooting at the people on the ground over there.”

While he heard the shots, Guerra’s property soon swarmed with more than 100 law enforcement officials from various agencies.

“We saw them take one guy in an ambulance,” Guerra said. “He looked in bad shape.”