"Regardless of your position or stance on the "Occupy Movements", we've all got to agree things are really in a mess and we need to pull out of it somehow.  Those of you in the streets and in the background need to understand the concept of "peaceful protest" to make your point clear.  Stay away from those who threaten to hijack your movement and make it their own.  If you want to take it to the streets, fine...just do it peacefully.


I've posted several weeks ago here at TOR, a commentary after things went haywire in Oakland.  I've allowed anyone to comment, and if you record a short statement on your cause, send it in and I'll post it up.  You will find the link to the posting HERE."  "Occupy Peacefully"


James McMurtry's song "We Can't Make It Here" posted below is not just a political statement, it's a reality check for where we are in this country at this point in history.  Jame's has made the MP3 available to all those that wish to download it.  I've included all the information provided by Jenni Finlay Promotions in her heads up email.  Thanks Jenni for bringing this to our attention... terrific song and moving lyrics. 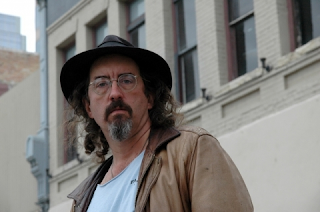 The singer-songwriter is giving away mp3s of his iconic political masterpiece "We Can’t Make It Here" (from his award-winning Childish Things).

Fans are encouraged to use the free mp3 of "We Can't Make It Here" to create videos supporting the Occupy Movement.

Send your stories and videos HERE or post to the James McMurtry Facebook Page. The best of the best will be featured on James McMurtry's website: www.jamesmcmurtry.com
~~~~~~~~~~~~~~~~~~~~~~~~~~~~~~~~~~
Message from James:
We quit playing "We Can't Make It Here" for a year or two. We're playing it again because it seems to still be relevant, and that pretty much sucks for everybody but us. I know the song is still relevant because people are camped out along Wall Street and in front of City Halls around the country and around the globe, demanding a solution to the problems I tried to give light to when I put my song out seven years ago. They are mixed in age and economic status. Some are young and idealistic. Some are old enough to have had their ideals trampled upon a time or two.
My son goes to school in the New York area and some of his friends have been involved in the protests. One was detained for nine hours without charge. This is not supposed to happen in our supposedly civilized nation. These people are getting roughed up, but the press only seems to notice when a victim of police brutality happens to be an Iraq war veteran. I'm guessing there are a good many vets in the crowd and the poor fellow in Oakland won't be the only one hurt. I suppose the cops think the protesters are breaking the law. Seems to me, the Bill of Rights guarantees the right to peaceful assembly. Meanwhile, the one percent, safely ensconced in the tall glass towers, does not have to break the law, because they get to write the law. I thought it was supposed to be the other way around, in a democracy. I think maybe my fourth grade teacher lied to me.

The bar’s still open but man it’s slow
The tip jar’s light and the register’s low
The bartender don’t have much to say
The regular crowd gets thinner each day
Some have maxed out all their credit cards
Some are working two jobs and living in cars
Minimum wage won’t pay for a roof, won’t pay for a drink
If you gotta have proof just try it yourself Mr. CEO
See how far $5.15 an hour will go
Take a part time job at one your stores
Bet you can’t make it here anymore

There’s a high school girl with a bourgeois dream
Just like the pictures in the magazine
She found on the floor of the Laundromat
A woman with kids can forget all that
If she comes up pregnant what’ll she do
Forget the career, forget about school
Can she live on faith? Live on hope?
High on Jesus or hooked on dope
When it’s way too late to just say no
You can’t make it here anymore

Should I hate a people for the shade of their skin
Or the shape of their eyes or the shape I’m in
Should I hate ’em for having our jobs today
No I hate the men sent the jobs away
I can see them all now, they haunt my dreams
All lily white and squeaky clean
They’ve never known want, they’ll never know need
Their shit don’t stink and their kids won’t bleed
Their kids won’t bleed in their damn little war
And we can’t make it here anymore

Will work for food will die for oil
Will kill for power and to us the spoils
The billionaires get to pay less tax
The working poor get to fall through the cracks
So let ’em eat jellybeans let ’em eat cake
Let ’em eat shit, whatever it takes
They can join the Air Force, or join the Corps
If they can’t make it here anymore

So that’s how it is, that’s what we got
If the president wants to admit it or not
You can read it in the paper, read it on the wall
Hear it on the wind if you’re listening at all
Get out of that limo, look us in the eye
Call us on the cell phone tell us all why