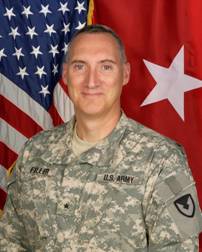 First of all, God Bless You for your service to out Country sir.

Enough is enough....someone had to say it, our other "leaders" won't.  They'll bow and apologize.

Americans spend billions, if not trillions of tax dollars on defending and taking care of other countries.  In this case, Afghanistan.

Several weeks ago Afghan leader Karzai made a statement that "In the event of a US/Pakistani confrontation, the people of Afghanistan would be at the side of the Pakistanis."

We're the only reason this Karzai character exists and continues to breath air.  After Karzai's statements, Maj. General Fuller said in a recent Politico interview:


Fuller characterized Afghan leaders as erratic, ungrateful and isolated from reality. The interview quotes him as saying Afghan leaders don't fully recognize America's sacrifices on their country's behalf.
Referring to Karzai's recent assertion that Afghanistan would side with Pakistan if Pakistan got into a war with the U.S., Fuller was quoted as calling the comments "erratic," adding, "Why don't you just poke me in the eye with a needle! You've got to be kidding me . I'm sorry, we just gave you $11.6 billion and now you're telling me, I don't really care?"


Fuller said the Afghans have at times made unreasonable requests for U.S. assistance.


"You can teach a man how to fish, or you can give them a fish," Fuller was quoted as saying. "We're giving them fish while they're learning, and they want more fish! (They say,) 'I like swordfish, how come you're giving me cod?' Guess what? Cod's on the menu today."


Speaking frankly costs an Army general his job
Christian Science Monitor
Allen sacked Major General Peter Fuller for making "inappropriate public comments" about President Hamid Karzai and other Afghan leaders. A US Army general in Afghanistan has been fired – “relieved of command,” in military jargon – for speaking ...
See all stories on this topic »