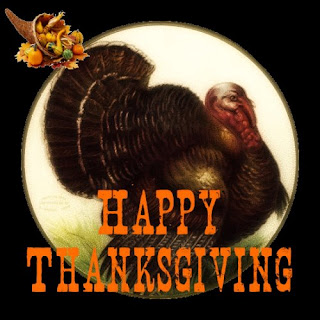 Republic of Texas authorizes Texas Rangers
On this day in 1835, Republic of Texas lawmakers instituted a special force known as the Texas Rangers. Stephen F. Austin had hired ten experienced frontiersmen as "rangers" as early as 1823, but the 1835 legislation formalized the organization. The importance of the rangers has waxed and waned several times over the ensuing century and a half. They participated in many notable battles with various Indian tribes and fought ably in the Mexican War; they also were dispatched to restore order during various feuds, border disturbances, and civic upheavals. In the early twentieth century, however, numerous acts of brutality and debauchery committed by rangers, especially against Hispanics, were brought to light, in large part through the efforts of J. T. Canales, and in 1933 governor Miriam A. Ferguson fired all forty-four rangers for their partisan support of her opponent Ross Sterling. When the Texas Department of Public Safety was founded in 1935, it assumed responsibility for a greatly reduced force. In subsequent decades, however, the rangers have once again come to be recognized as the elite of Texas law enforcement. Legendary rangers are honored in the Texas Ranger Hall of Fame and Museum in Waco.
~~~~~~~~~~~~~~~~~~~~~~~~~~~~~~~~~~~~~~~~~~~~~~~~~~~~~~~~~~~~

"King of Ragtime" born
On this day in 1868, pianist and composer Scott Joplin, who later gained fame as the "King of Ragtime," was born, probably at Caves Springs, near Linden, Texas. Joplin's father, a former slave, moved the family to Texarkana by about 1875. Scott was a proficient banjo player by the age of seven and began to experiment on a piano owned by a neighbor for whom his mother worked as a domestic. At about age eleven, he began free piano lessons with the German-born Julius Weiss, who also taught him the basics of sight reading, harmony, and appreciation, particularly of opera. Around 1890 Joplin settled in St. Louis, where a type of music later known as ""ragged time," or simply "ragtime," was popular. Joplin may have witnessed the 1896 "Crash at Crush," which he later commemorated in a march entitled "Great Crush Collision." In 1899 Carl Hoffman issued Joplin's first ragtime publications, including his best-known piece, "Maple Leaf Rag." The sheet music went on to sell over one million copies. Joplin also incorporated ragtime into a number of other works, including a ballet and two operas. He settled in New York in 1911 and died there in 1917.
~~~~~~~~~~~~~~~~~~~~~~~~~~~~~~~~~~~~~~~~~


Antisocialist newspaper publisher born in Ohio
On this day in 1878, Raymond Cyrus Hoiles was born in Alliance, Ohio. As a newspaper publisher, he developed such a keen eye for socialism that he could see it in virtually every cooperative effort. He moved to California in 1935 after purchasing the Santa Ana Register, which became the flagship of his newspaper chain. By fall 1951 he owned seven papers, including the Odessa American and the Pampa News in Texas. He bought the three leading papers in the Rio Grande valley, the Brownsville Herald, the McAllen Monitor, and the Harlingen Valley Morning Star. Hoiles, called by Time magazine a "crabby, Bible-spouting zealot," criticized the "socialism" inherent in public schools, police departments, libraries, hospitals, churches, unions, the National Association of Manufacturers, integration, paper money, and majority rule. Democracy, he thought, was mob rule. Roy Hofheinz of Houston began a series of broadcasts against Hoiles, arguing that schools were no more socialistic than highways or the weather bureau. In February 1952 the two debated each other about whether public schools should be closed. Eventually Hoiles, who was losing many subscribers, softened a bit. When he died in 1970 his Freedom Newspaper chain was publishing twenty newspapers in seven or eight states with a combined circulation of about 500,000.
~~~~~~~~~~~~~~~~~~~~~~~~~~~~~~~~~~~~~~~~~