News/Opinion/Commentary ~
Regardless of party affiliation, thought or belief, there comes a time to call out the realities of the situation of our Communities, Cities, States and Country.  I'm not a proponent of secession of Texas from the United States, but the ideals based in the founding of our Country and our State have been tossed aside, ignored and PC'd to a point of irrelevance.  That must stop.  We need to once again look at the foundations we were built on, get the State and Nation back on track and believe in ourselves once again.
No longer can we afford to ignore the warning signs of an infected wound.  There is no need to amputate, with determination, and the strong will of the people of Texas, we can be leaders in the efforts to rebuild this State and Nation into the land it was destined to be.
Therefore I'll publish all sides of the story, ideas and possible solutions to move forward.  You're more than welcome to leave comments at the bottom of the posting, but keep it a clean conversation.  Crap will be deleted.
Here is the open letter to Texans from The Texas Nationalist Movment's President, Daniel Miller.
~Jeff/TOR
~~~~~~~~~~~~~~~~~~~~~~~~~~~~~~~~~~~~~~~~~~~~~~~~~~~~~~~~~~~~ 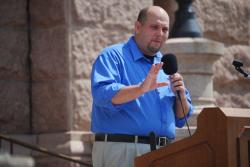 To that end, over the last four years we engaged the Governor, the Texas Legislature and every elected official that we could reach and encouraged them to open their eyes and live up to the oath that they took when attaining their respective offices.


We all can see that the situation is deteriorating rapidly. The economy is teetering on the brink of collapse and Washington, D.C. is a hopeless cause. The struggles over the basic principles upon which Texas was founded are being fought in the streets and the halls of power.


With the "writing on the wall" the bureaucrats in Austin have been unresponsive to our pleas. I am reminded of Stephen F. Austin's trip to Mexico City to plead the case for the Texas colonists before the Texas Revolution broke out. After stating his case, they threw him into a Mexican jail. Their message was clear. 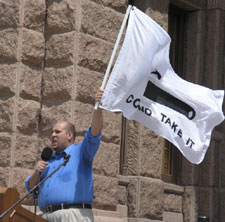 We are at a critical juncture in the history of Texas. Either we continue to plead to growing, unresponsive and closed government in Austin or we take decisive action.


The people of Texas are with us in our cause. Most believe like we do. Most of all, they want to be free.


We have come a long way. But it is now time for us to go a step further.


Tomorrow, a public announcement will be made by me that, without advance warning, would rock the foundations of many of you. It will certainly cause a great deal of controversy in the media.


Consider this your advance warning.


Months ago, TNM was approached by a coalition of organizations that are as tired of the government in Austin as we are. Like us, they are well aware that the next real battle for liberty and independence will be fought in Texas Legislature. The 83rd Session will, in my opinion, go down as the most important in the history of Texas. It will be our Alamo.


Our principles will either be lofted high above the Capitol or die at the hands of the weak. It is that simple. We know it. The coalition knows it. More importantly, so does our opposition.


After many weeks of analyzing the situation, we agreed to join this coalition to take Texas back and fight to secure the principles that the men of the Alamo died to protect.


To that end, we sent out a survey asking how many of you have an interest in running for public office. Many of you responded in the affirmative. It was enough to get the ball rolling for us.


Over the next couple of weeks many of your fellow Texas Nationalists will be announcing that they are running for State Representative or State Senator. As a leader I cannot ask someone to do something that I am unwilling to do myself so I, too, will be announcing tomorrow.


We will not and cannot advocate specific candidates through the TNM proper, however we will be forming a PAC for this purpose. 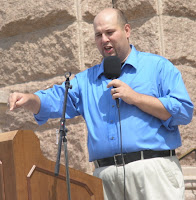 I expect, as we mount our campaigns against well-entrenched incumbents and for open seats, we will be attacked from all sides. We're used to this. But we know that our vision for Texas is clear, right and necessary.


As your fellow members who are going out on the front lines I ask for your prayers and moral support. I ask you to join us in this fight either as a candidate, a supporter or as a member of TNM.


This is our time to shine.


Thank you for your support of TNM.


To forward this mailing to friends or colleagues, click here.
If you would like to become a member of the Texas Nationalist Movement you can do so by visiting this link: http://www.texasnationalist.com/join

If you would like to financially support the Texas Nationalist Movement you can do so by visiting this link: http://www.texasnationalist.com/donate

To reach us by regular mail you can send a letter to:
3104 Nederland Avenue
Nederland, TX 77627
United States
To connect with us on Facebook you can visit and “LIKE” our Facebook Page by visiting this link: http://www.facebook.com/texasnatmov

To connect with us on Youtube you can visit our Youtube page by visiting this link: http://www.youtube.com/texasnatmov
Posted by Admin at 5:51 PM