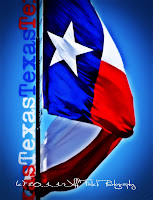 
Painter Frank Reaugh born in Illinois
On this day in 1860, artist Frank Reaugh, best known for his paintings depicting ranching life in Texas, was born in Illinois. In 1876 Frank and his parents moved to Texas and settled near Terrell. Reaugh began sketching for amusement at an early age. His subjects were the open rangeland that surrounded the family homestead and the free-roaming longhorn cattle found there. Reaugh studied art in St. Louis in 1884-85 and in Paris in 1888-89. In 1890 he moved with his parents to Dallas, where he opened his first art studio, the Ironshed, behind his parents' home. Beginning in the late 1880s Reaugh painted primarily in pastel. With this medium, he was able to capture the subtle shades of color he found in the landscapes and skies of West Texas and New Mexico. Reaugh's most famous works, the series of seven paintings entitled Twenty-four Hours with the Herd, are based on sketches made during the early 1880s. Reaugh, heralded as the "Dean of Texas Artists," was also an inventor and photographer, and donated the first painting to establish the Dallas Art Association, now the Dallas Museum of Art. He died in 1945.
~~~~~~~~~~~~~~~~~~~~~~~~~~~~


Texas Folklore Society founded in Dallas
On this day in 1909, the Texas Folklore Society was founded in Dallas. Killis Campbell presented the resolution for the formation of the Folk-Lore Society of Texas at a meeting of the Texas State Teachers Association. Sixty-six members were enrolled that day, and charter membership, held open until April 1, 1910, totaled ninety-two. Leonidas Warren Payne Jr. and John A. Lomax served respectively as the society's first president and secretary. In 1911 the organization held its first formal meeting in Austin at the University of Texas campus, where the society maintained its first headquarters. J. Frank Dobie established the office of secretary-editor, which he held for twenty years, in 1923. Membership in the organization, which is the second oldest continuously functioning folklore society in the United States, is open to anyone interested in folklore. Around sixty percent of the members are educators, the rest a conglomerate of professionals and history and folklore aficionados.
~~~~~~~~~~~~~~~~~~~~~~~~~~~~~


Cartoonist publishes last regular work
On this day in 1972, William J. McClanahan's last regular cartoon appeared in the Dallas Morning News. He had started his career at the News as a sportswriter in the late 1920s, and did not find his forte as a cartoonist until 1946, when his first regular sports cartoon appeared. McClanahan became well known--as the "father of the Southwest Conference cartoon mascots"; as the popularizer of the "Grid Gram," a column that was, according to him, a "visual box score of a football game"; and as the inventor of the challenging "Texas Sports Exam." In 1957, after the retirement of senior News cartoonist John F. Knott, McClanahan joined Jack Howells (Herc) Ficklen as an editorial cartoonist for the paper, a position he held until his retirement in 1973. Among his numerous awards McClanahan won the Southwest Journalism Award in 1970 and multiple National Freedom Foundation awards. In retirement he published two books, a collection of cartoons called Texas: The Way It Used to Be (1968) and Scenery for Model Railroads (1958, 1967). McClanahan died of a heart attack in Dallas on September 7, 1981.
~~~~~~~~~~~~~~~~~~~~~~~~~~~~~~


posted - 12.29.2011  -  The Texas State Historical Association
You can advertise or donate to Texas Online Radio by clicking here.
Help us keep spreading the word about Texas music, news and information! Thanks!
Posted by Admin at 8:55 AM