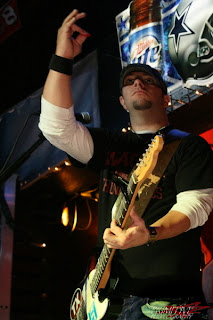 Bleu Edmondson began writing his own songs at the age of 19, got his first guitar on his 21st birthday, formed a band by the time he was 22 and hasnt looked back since. Ever since writing to the legendary Lloyd Maines, asking for a shot to do a record with the highly respected producer, Bleu has been making records ever since, influenced by the likes of Bruce Springsteen, Robert Earl keen, Lyle Lovett, and The Rolling Stones. Lloyd Maines, automatically gave Bleu the guidance and street cred so many young songwriters strive for for years. His first album Southland produced the hits 50 Dollars and a Flask of Crown and Travellin Man which set Bleu off and running in the Texas music scene.   ....read more here.
Website  /  Twitter  /  ReverbNation
~~~~~~~~~~~~~~~~~~~~~~~~~~~~~~~~~~~