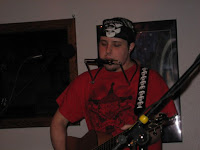 "His bio says, "Love, life and loss are touchstone subjects in his lyrics, and coupled with his catchy melodies and ragged-but-right vocals, the songs become characters themselves...", nothing could be more true of this East Texas rising star.  His lyrics rival those of seasoned veterans, his delivery "Dillon-esque" with an occasional riff on a harmonica, add the East Texas twang to the vocals and he's created a sound all his own.  Meet singer/songwriter Chris Edwards. 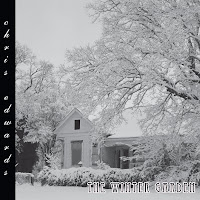 You find yourself paused in the moment listening to his music, remembering a time in your life he's written about.  Chris' music deserves intense listening during the times you don't share, his songwriting is that good.  The songs tell stories of life, and are to be remembered.  So...grab a comfy seat, kick back with an adult beverage if you can, watch the sweat slowly drip down the side of the bottle or glass and listen, really listen to what Chris has to say in the words and the music.  You won't be disappointed where the works will take you.  A definite thumbs up on this young artist from Nacogdoches, Texas!  Contact Chris and grab a copy of his new release "The Winter Garden"."

~~~~~~~~~~~~~~~~~~~~~~~~~~~~~~~~~~~~~~~~~~~~~~~~~~
Edwards is a songwriter, first and foremost, and decided to focus on the craft of creating melodies and lyrics after kicking around open mikes and playing covers ("I used to suck back then," he says "a total mess; hopefully, I suck a little less now.") His first album, the home-recorded lo-fi alt-country/folk album "Long Hard Ride" was released in Europe via Turmic Records. The new album, "The Winter Garden" is much more hi-fi, thanks in part to producer Jimmy Taylor (Willie Nelson, Leaving Sundown) and a top-notch cast of support musicians. Featuring songs such as the gentle, acoustic "Highway Shoes" and the more charged rocker "Every Once in a While," the varied musical environment of the record puts forth something for most all listeners. For Edwards, it's all about what the song needs to make it come alive, all for the sake of the song.
~~~~~~~~~~~~~~~~~~~~~~~~~~~~~~~~~~ 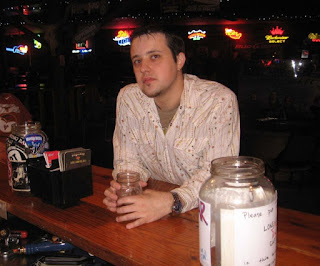